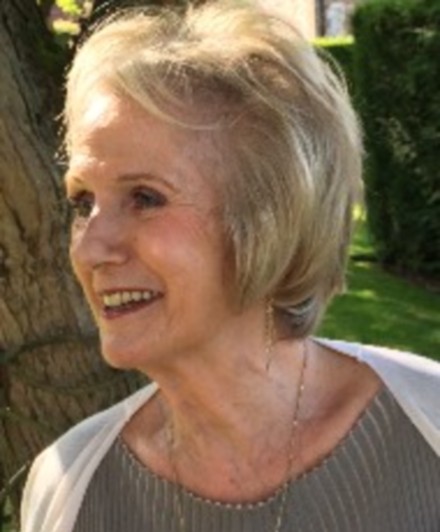 For most of my life, if anyone asked her how old she was, Sylvia would say she was twenty four. Nowadays she mostly would not dignify my question with an answer, instead sticking her tongue out or simply smiling it away. Every year I had to work out whether I needed to get a special numbered birthday card by adding how old she was when she had my mum, how old my mum was when she had me, and how old I was.

She would hate me telling you, but Sylvia Gainsley was born on 16 April 1935, the second child of Dick and Dora. She went to boarding school, where she met her beloved best friend (Aunty) Erica, who is full of scandalous stories befitting Sylvia’s reputation. She met her husband Mark Kennedy at a dance when she was fifteen, and would frequently tell us that she wasn’t interested in him until her friend said she fancied him. Their forty four year marriage was full of friends, alcohol and adventures – which were, reportedly, only made more extravagant by them handing out business cards for a fake travel agency, in an attempt to get upgrades, or subtly hinting that yes, they were related to those Kennedys. This couldn’t have been even the slightest bit true – Mark’s family came from Poland and Kennedy was an anglicised version of Kleinman. She would insist that this was the reason we got a discount at the Spaghetti House near her house, but really it was because with her charm and glamour she had the ability to make everyone her friend.

My memories of Sylvia really start after Mark died, when she would come and pick us up from school every Friday. It was then that Stu appeared in our lives, coming to join us after he finished work, always armed with an assortment of gifts. Her purple eyeshadow, dark silver hair and a cloud of Chanel No. 5 defined those years. Sylvia insisted on taking all her grandchildren to get their haircut, followed by eating lots of food and shopping-till-we-drop. We spent a lot of time in her flat, in the kitchen listening to Mellow Magic and raiding the fridge for cartons of apple juice and – for me at least – sitting on the floor looking at all her high heels and searching through her jewellery. I tried endlessly to sort it methodically and get her to throw out the empty boxes, and it gave me great comfort when I instinctively started to do the same thing on Saturday that I found not only dozens of empty boxes but a few remained labelled with my childish handwriting.

She was a constant stream of gossip and drama

Sylvia and Stu spent a lot of time in her flat in Mallorca, and as soon as a grandchild turned eleven years old they were taken with for a few weeks every summer. She was a terrible influence, encouraging (read: forcing) us to drink sangria with her, and always cheating at cards. She would frequently make fun of us (and Stu), but there was never any doubt that she loved us entirely.

Throughout my teenage years she would greet me not with a “hello” but a “have you got a boyfriend yet?” She was a constant stream of gossip and drama, and would never keep a secret, but nothing will ever beat the time though when Aleida, her housekeeper turned beloved friend, glanced out of the window of Sylvia’s flat to see Isi and her then-secret first boyfriend kissing at the bus stop below. Seeing her older grandchildren settled with their partners gave her great comfort and joy, and her excitement and adoration for Ada exploded from the moment she was told Kate was pregnant. It is so unfair that she will not be able to come to my wedding, or to meet her future great-grandchildren.

She was endlessly proud of her grandchildren, taking to social media to proclaim our new haircuts, our academic achievements; to ‘Add’ (sometimes a random selection of) our friends and, most hilariously, click to say she was “Interested” in attending Reading Festival 2016. When she found out I led shiva prayers for my other grandmother, she insisted on ‘booking me’ for her funeral. Her sofa was lined with a fleet of teddy bears from all the universities we attended and hospitals we worked at, and every day she would pronounce a new grandchild as being “God’s greatest”: Kate for having such a beautiful baby, Hannah because she would always ring Sylvia and speak to her on the phone, Isi for her academic achievements, me for being the Jewish one, Dylan for being the only boy and for fixing their technical issues (despite always wanting to keep up to date with technology, she was terrible at it), and Mia, the baby, for her friendliness and kindness. At least one of us has inherited her stubbornness and lack of time-keeping: Sylvia was well known for saying she was “just round the corner” and making unconvincing travelling noises while really she was still fixing her hair.

she mellowed as she got older, finally stopping being quite so rude to Stu, my mum, and the rest of us for being vegetarian

Her hair lightened and she mellowed as she got older, finally stopping being quite so rude to Stu, my mum, and the rest of us for being vegetarian. Even at her weakest and most sick times, elements of her fierce independence and inappropriate humour would shine through, and she still loved her drama (whether real life gossip or Netflix). I slipped into calling her grandma instead of Sylvia recently, and she didn’t protest despite years of chasing us down the stairs in Sloane Street telling us NEVER to call her grandma, but it started to fit her more. Maybe it’s because being both ill and a great-grandma meant she could no longer deny her age, but that didn’t dampen her spirit.

When their carer, Kat, came into their lives a few years ago, Sylvia would insist that she was a God-given Angel. She adored you Kat, and I know for both of you the other felt like family. It really made me laugh when Kat said that in the past few weeks she had switched from having a glass of wine back to drinking vodka, always trying to make her join in the fun. We are all so grateful for everything you have done for her and Stu.

There are many, many more things I could say about Sylvia, and the different roles she played in all of our lives. I think we can all agree, though, that she is truly deserving of the title “God’s Greatest”.