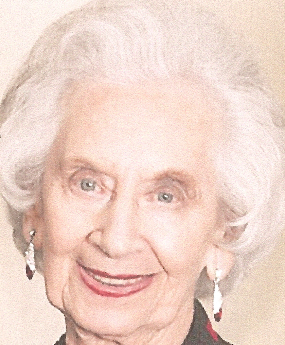 How do you describe a life of a hundred and one years in a few brief paragraphs?

Mum lived her life through family and friends. Throughout her life, she kept her family close and made and kept friends easily. She liked nothing more than a party or celebration and if she had anything to do with it, no one would be left out.

Her early years in the East End were not easy. But it seems she was happy enough. The youngest of four siblings, she was know affectionately as ‘Rayray’.

Mum was always busy. From the age of eleven she was helping out with the family chores. After leaving school at fourteen she went into an office job, something to do with invoices and accounts. Then at the age of twenty one, it was the army and another office job, this time dealing with the distribution of food supplies to army barracks. She described her time in the army as some of the best days of her life – away from home for the first time, new friends and new experiences and meeting, Ben, her husband-to-be.

After the war and marriage, Mum and Dad moved to a new prefab in Stepney and she took on her toughest job yet – that of housewife and mother to two little urchins (not so little now!). Post-war deprivations made life difficult and she was on the go non-stop. But she coped, albeit with some toll on her health.

Eventually life became easier and in the early 1960s, when the family started a betting shop business, Mum became a part time unpaid assistant. When the business was sold and the family had moved from the prefab in Stepney to a high rise flat in Maida Vale, Mum decided to take a job in the cosmetics department of Barkers department store in Kensington, where she worked part time for the best part of ten years. We remember an ample supply of free samples. And then, around retirement age, she finally gave up paid employment and went back to being a full time homemaker.

she knitted us woollen swimming trunks

Mum was always inquisitive and keen to learn new skills. She was an expert knitter and became particularly adept at using knitting machines when they first appeared. However, we will pass over the time she knitted us woollen swimming trunks. They were not a great success. She was also a good cook and an excellent baker. We never had need for bought cakes.

Card playing was a tradition in the family and Mum loved card games. Mum and Dad took up bridge well into their sixties and Mum was still playing in her hundredth year. In fact, it wasn’t that long ago that she had the perfect winning bridge hand for the only time in her life – 7 no trumps – she was thrilled!

Mum also loved dancing. That is how she and Ben met . And for many years they would treat themselves to a ‘dinner dance’ with Mum’s brothers and their wives, at one of the posh West End hotels.

Mum and Dad loved to travel. Together with friends they bought a two week timeshare in Tenerife which they kept for many years. They particularly enjoyed sightseeing holidays, visiting many European capitals and travelling further afield to the likes of America and Egypt. But Mum always said that her favourite destination was Israel, which they visited on a number of occasions. Mum was not a very religious person, but she was extremely proud of her Jewish identity.

She did what she had always done….tried new ventures and kept herself busy

In the mid  1990s, Mum and Dad moved from Maida Vale to the flat in Pinner and in 2001 when she lost Ben, she had to adapt to living on her own. She did what she had always done, surrounded herself with family and friends, tried new ventures and kept herself busy. She joined U3A and went to current affairs and psychology classes amongst others. And well into her eighties we persuaded her to learn to use a computer. It was a slow start, but it was not too long before she was sending emails, printing photos and shopping online. Too much shopping online, particularly when she saw a good deal. Packages would arrive at a rate of knots and it seemed that more were returned than she kept. Gradually she moved on to tablets and mobile phones. She did enjoy devices and gadgets. Unfortunately, all too often, when they crossed her threshold, they refused to cooperate. Mum never thought it was anything she had done wrong.

Mum continued to live independently until her hundredth year and it was only in the last nine months that she accepted that she needed full time care and we were fortunate to find the Masonic residential care home where she saw out her final days, well looked after.

And finally, returning to the family theme, Mum was never prouder and happier than when she was surrounded by her family;  her two sons, daughter-in-law, four grandchildren and partners and six great grandchildren. We had special celebrations for Mum and Dad’s golden wedding anniversary in 1995 and for Mum’s ninetieth, ninety fifth and hundredth birthdays. And it was so typical that in our final conversation with her last week, she was planning a party for family and friends for her hundred and second birthday.

Given all she achieved, it seems incredible that she suffered so much ill health. But she had a zest for life that saw her through.

Mum was a constant in the life of so many people and it is as though a light has gone out.