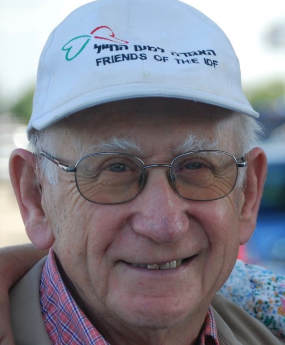 But Dad’s life was also about a whole series of other communities too, each of which represented the many different facets of his life and the many interests he had.

he was a giant

Dad was, of course, a member of the dental community – as, no doubt, many people here today who proudly bear his 30-year-old amalgam fillings can no doubt testify.

In truth, however, Dad didn’t love dentistry (he even once told me that maybe he should have been a Rabbi), but what he did love was the interaction with his patients, many of whom became friends.

All of his patients remember the loud whistling – not from the drill, but from Dad whistling along his own unique accompaniment to the radio blaring out his favourite classical music tunes in the surgery.

Dad’s patients varied enormously from the “Great & the Good” to those from extremely humble backgrounds. But for Dad this was irrelevant; above all he just liked being with people, hearing about their interesting lives and,

Herr Juncker was not the sort of dental patient Dad would have welcomed to his surgery.

of course, telling them proudly about his wife, children and grandchildren’s latest achievements. I know this because on more than one occasion I would be accosted in the street by a random stranger who would accurately recount to me the number of GCSEs I had, the most recent piece I had learnt to play on the guitar or, latterly, the latest airport where Travelex had secured a contract win.

Amazingly, given his age, Dad was also a member of the virtual, online community, a regular user of email, Facebook and so on. Only last Sunday, when I was with him, he was asking me to make some adjustments on his iPad, and explain to him what “The Cloud” was. I admit I struggled on the latter point, and it was only when I described The Cloud to him as being like Hendon Library, (a place he used to frequent regularly) only bigger and without the annoying librarians, that he grasped the concept.

One community Dad definitely wasn’t a member of was the EU. Dad was a firm Brexiteer, and indeed only last Shabbat, when we were in shul together, he and I were arguing over the merits of Leave vs. Remain. (We were also doing some davening as well). It’s a mark of Dad’s resolve that nothing I, nor indeed anyone else, would say would sway his view that the EU was decidedly dodgy and that Herr Juncker was not the sort of dental patient Dad would have welcomed to his surgery.

his enthusiasm for the “Bring Back the Rope” campaign

The shul community was, of course, very special to Dad. It was his greatest delight that he and Mum had moved to an apartment next to Raleigh Close shul, so that the walk there was so much easier. Most recently, he had started going to Rabbi Ginsbury’s Gemara shiur, which he loved. I confess to being slightly wary when I heard this, since Dad would undoubtedly have been the keen one sitting in the front asking the most questions.

The one negative aspect of Dad’s shul-going was his enthusiasm for the “Bring Back the Rope” campaign. For those of you with the alarming thought that Dad was a hard-line agitator for capital punishment, the rope in question was actually the blue silken one historically used in United Synagogues to prevent access at the more intense parts of davening or during the Rabbi’s drasha. Dad did not like the pitter-patter noise of small children running around (like “church mice” he called it) and would leap from his seat at any given opportunity to click the rope in to place and stand guard against any junior insurgents who dared to remove it.

Ultimately, though, the community which Dad loved more than any other is the one represented here today; you, his family and his friends. You have provided friendship, support and love to Dad – and to Mum – in so many ways, for so long. Words cannot express how grateful Katie and I, his children, are to you.

There was also one tiny community Dad belonged to – just him and Mum. Mum has been simply amazing in the care she has given to Dad, and their sixty year marriage was testament to the incredible relationship they had.

Dad was a man of small stature. But more recently I have come to appreciate that, in many ways, he was a giant.

A man of impeccable honesty and great civility.

A man of courage, but also humility.

A man admired and loved by us all.

How fitting we should be here for you today at your Levaya, everything in place according to Jewish law, everything respecting the commandments and traditions that you, from age ten, sought out for yourself.

How well you loved, Daddy. How well you loved your wife. Your children. Your grandchildren. Your brothers and sisters in law, your nieces and nephews, your good friends who surrounded you for all of your life. How you loved your shul, your community. You loved your patients, and they knew that, so your diary was always booked three weeks ahead, and Mummy and Anthony and I could never get an appointment. You loved the State of Israel. You stood strong and proud with her from 1948 onwards, and even before. You loved people, and found something to like and enjoy in everyone you met.

You loved G-d, and you walked in the way of G-d all the days of your life. You were not given the way of Torah, but you chose it. Born on Shavuot, you stood at the foot of Sinai as a small boy and said, “Eeseh, V’Eshma.” * On the radio you heard an American army chaplain broadcasting from divided Berlin about how to do the rudiments of a Seder, and you made notes and gave over the first ever Seder for your family when you were around thirteen or fourteen. You conducted your last Seder at age eighty-two. You wanted to be part of this incredible journey of Yahadut (Judaism), and you spent all of your life on that journey and we journeyed with you. We loved every minute of it.

And now your journey’s end. And we who loved you so much, traveling with you until now, must let go of you because we have no choice. But your smile, your laugh, the brightness and enthusiasm of your voice will always be with us. We loved you terribly, Daddy, and we will miss you terribly. Thank you for all that you gave us.

You found grace, and good sense in God’s eyes and in the eyes of all of us.

*Hesped Team: Literally,I will do it and I will hear it. Here,Katie is referring to  “Na’aseh V’Nishma” (Ex 24:7) We will do it and we will listen to all that God has declared.