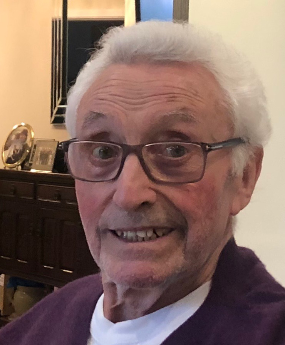 I have heard lots of people say that those Grossmans are a strange family.

The preoccupation with poultry is a common theme, but this morning an event came to mind that takes place each year between Rosh Hashana and Yom Kippur which reminded me of the rather unusual nature of the Grossmans.

Whilst certainly not ever quite reaching the heights of a rave party, there are very few families who arrange to meet en masse at a cemetery. But once a year the surviving children of a group of siblings born to Harry and Fanny Grossman at number 17 Betts Street at the turn of the Twentieth Century gather at Carterhatch Lane Cemetery to say memorial prayers for those Grossman siblings who are buried side by side with their respective spouses in the cemetery.

Since my father died a few years ago I have had the honour of being invited to join to take the prayers. It’s an interesting morning as a group, often with nearly 15 people, walking in between the tombstones telling stories about this Grossman or that, who had fallen out with who, but all the time noting how clean and well preserved the Grossman tombstones look compared to the sadly neglected stones of others.

This was an occasion that Uncle Laurence would never miss even when quite sick during various stages of treatment over the past few years. I have a clear recollection from the last time I was present of him arriving late (totally customary) and getting out of the car looking really quite poorly but regaling us with how he had been able to drive all the way from Radlett to Enfield in 15 minutes- a speed which would impress even an air ambulance. Many of you spent your whole lives hearing him explain how he had arrived somewhere in world record speed.

But he made it, however poorly, and he wanted to be there since being amongst his cousins and respecting his parents and their siblings was fundamental to him, and he wanted to check that the very specific instructions he had given to the cemetery staff about the cleaning of his parents’ and grandparents’ tombstones had been carried out.

Yesterday, during an email exchange, cousin Ashley reminded me of Lord Sacks’ book ‘ Not in God’s Name’ which in short says that the essence of the whole Old Testament is a story about siblings, not always about positive sibling rivalry but nevertheless, the whole old testament could be understood in the context of the relationship between siblings.

And that comment about siblings helped me frame the few thoughts I’d like to address to you this evening.

Any comments would have to be prefaced by saying Uncle Laurence’s first love was that of his beloved Judy, his children and grandchildren. It was so tangible sitting by his bed with Judy holding his hand that their closeness persisted as brightly throughout his life.

But the subject of siblings has always been a strong common thread throughout his life.

When I think back to the speech that I gave at my father’s stone setting that revolved around the very specific theme of sibling relationships, that of myself and Stephen and more relevantly this evening about my father and uncle Laurence.

What was remarkable about their relationship was that, notwithstanding that they were treated so differently by their father which could have caused huge resentment between them, my father loved Laurence in every respect and remained incredibly close.This  was testament to Laurence’s disposition as a person. That closeness was manifested between all three siblings including Aunty Ruth- it existed throughout their lives and also in their final illnesses as the only complaint I ever heard from the medical staff about our family was that it was impossible to get close enough to the bed due to either Laurence and Ruth or more recently Ruth being there 24/7, blocking access.

That sibling respect was fundamental to Laurence, and it is I hope reflected in how each of his children, grandchildren, nieces and nephews behave to each other.

So it was fitting that a couple of hours before uncle Laurence passed I felt that it was time to say the Viduui, the last minute prayer said on a deathbed, and I asked Auntie Ruth (who was of course at hand by Laurence’s bedside) did she know where there was a siddur (prayerbook) in the flat. Suddenly she ferreted in her bag and to my amazement pulled from the bottom an old 1960’s Singer’s prayer book – on its front was written ‘donated by Rose Grossman in memory of Sidney Grossman, died November 1966’ and inside the cover there was a loose picture of his own father’s dear brother Sidney of whom Laurence was so fond. At that very special moment, as he became a step closer to his own parents , his father’s dear sibling Sidney felt present reminding us of all those visits to Carterhatch Lane.

But most poignantly as we arrived at Bushey for the funeral I was met by Auntie Ruth who introduced me to Mark the sexton of the cemetery. She told me that Uncle Lawrence was to be laid to rest in a plot that he had bought nearly 50 years ago next to his two angels, Lisa and Sara, whose very tombstones had been kept so clean by Mark, the sexton, under Uncle Laurence’s constant supervision. His final resting place was to be with those two siblings who have been themselves inseparable for all these years and whose memory he has kept very close every day of his life but at the same time always making sure that life was to be lived, not to be dragged down in a path of further loss.

And as we said goodbye to Uncle Laurence and fulfilled his last wish that we did not leave the grave until we had made sure that every piece of earth was back in the grave, I felt comforted that I could see that here was a man for whom I could tell a complete story – the story of siblings, and of the tombstones that he maintained so perfectly, encapsulating respect for those around him who were alive and those sadly no longer with us, but who remained his inspiration and will, I have no doubt, forever be by his side. May his soul rest in peace.