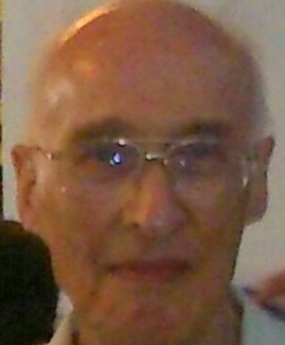 Integrity is a word that seems to have gone out of fashion recently, but if I had to ascribe only one quality to Henry it would be just that.

The dictionary definition is, the quality of having strong moral principles, also consistency, lack of corruption.

All this applied to Henry, a man who earned the deep respect of all who had the joy of knowing him.

Henry Jacob Cohn was born in London on 5 February 1936. He would have been eighty five last Friday. His parents both came to England in the early 1930’s from Breslau in Germany (now Wroclaw in Poland) as refugees from Nazism. He was an only child, as was his father, Ernst, and his mother, Marianne, had just one sibling, a sister whose daughter was Henry’s only first cousin. He always regretted not having a larger family, and I am sure this drove his recent research into his family history.

In 1940, when he was four years old, Henry and Marianne were evacuated to Jamaica to avoid the consequences of a possible German invasion of England. While a Professor of Law in Breslau Ernst had fallen foul of the authorities and was on the Nazis’ hit list had they been successful. Ernst stayed in England and served in the British Army. Sadly, the marriage broke down and Henry returned to England after the War to live with his father. Marianne continued to live in Jamaica, and regular visits there were an integral part Henry’s life until her death, especially after her stroke and subsequent dementia, which saw Henry organising and overseeing her care from thousands of miles away.

In London, Henry attended The King Alfred School, and then Haberdashers’ Aske’s Boys. He was quite proud of the woodworking skills learned at King Alfred, but more so of having been London Junior Chess Champion whilst at Habs. He gained a scholarship to University College Oxford to read Politics Philosophy and Economics, with plans to become an accountant, but changed course in his first year to study History instead. His Doctorate was awarded in 1963.

Henry’s parents had joined Alyth Synagogue before the War and he himself was involved throughout his school years. It was through the Alyth Youth Club that he met Ruth Harris. They married in 1960, and his only child, Carolyn, was born a year later. Sadly, they subsequently divorced. Henry and I met and married in 1979, living first in Coventry, then in Birmingham, before, as he put it, “making Aliyah” to North West London seven years ago.

he was able to complete his father’s biography

A huge gain from returning to London was being able to have more time with Carolyn and her husband, Tim, and grandchildren Katy, Adam and Rosie, all of whom he loved dearly and about whom he worried greatly.

Henry felt a very special connection to his father, and on returning to Alyth he was always delighted when members shared their recollections of Ernst, whether as President or in other roles. And I am glad that, for what was to be his last project, he was able to complete his father’s biography, something he had planned for years.

Henry’s career as a university teacher and academic historian began at Glasgow University. He was then at Leicester for five years and finally at Warwick where he taught for thirty seven years, winding up as Reader. He was always rather rueful that he never became a full Professor, which undoubtedly would have been the case under the subsequent Warwick grading structure. His courses included The History of Europe 1500 – 1720, and one of his special interests, Germany in the Age of the Reformation. His research interests were much wider and always included Jewish History.

a Fellow of the Royal Historical Society of England, and Vice-President of the International Commission for the History of Representative and Parliamentary Institutions

He was well liked and hugely respected by colleagues, not only for his academic ability but also for his wisdom, and his interest in other people, exemplified by the support and encouragement he gave to those at the start of their academic careers, mentioned in many of the tributes which have poured in over the past week. He also built lasting, but completely professional, relationships with students, some of whom still write regularly.

Henry became a Fellow of the Royal Historical Society of England, and Vice-President of the International Commission for the History of Representative and Parliamentary Institutions. This latter body was distinguished, in my view at least, by having its annual conference in places such as Paris, Lisbon, Cadiz, Sicily and Sardinia, and although there was a lot of serious discussion, a lot of socialising went on as well, through which lasting friendships were made.

After retirement he continued his research and to present papers at conferences in the UK and abroad, but he had more time to speak to lay groups and at Limmud, where he was a regular. His “off the shelf” offerings included, separately, both Martin Luther and Pope Pius XII and the Jews, as well as lighter topics such as the Jews of Jamaica – a chance to show some holiday snaps. He enjoyed sharing his knowledge, but found Zoom more daunting than he had expected.

he was Chair and President, a regular service leader, conducted Shiva prayers, and sometimes funerals

Whatever project he took on, Henry’s commitment was 100% plus.

He got deeply involved in Synagogue life wherever he was living, making a huge contribution. This was especially the case with Birmingham Progressive Synagogue, where he was Chair and President, a regular service leader, conducted Shiva prayers, and sometimes funerals. He was very proud of how he had reorganised the Birmingham archives, a task he and a colleague repeated more recently at Alyth. A new and completely different type of venture for him was involvement with the Alyth Refugee Drop In, into which he flung himself wholeheartedly, taking on the role of “Buddy” to two refugees with care and concern.

He was also a Vice-President of Liberal Judaism, and Vice Chair of the Board of Leo Baeck College.

He enjoyed walking, and liked to go out every day. After Covid arrived, he really missed visiting galleries and exhibitions, and attending lectures in town. He was chafing at the bit for the end of lockdown! And he liked books, to which the contents of our flat are testimony. Even last week, the Amazon parcels were still arriving.

Henry was warm, loving and instinctively generous. His response to need, whether at a personal level or in the wider community, was always immediate and unstinting.

He was very perceptive of upset or distress in others, and always found the right words to reassure and encourage me when I needed them.

But now, I don’t have the right words for you. Whatever I were to say today could never do you justice. But words are all I can offer you now, along with my undying love.