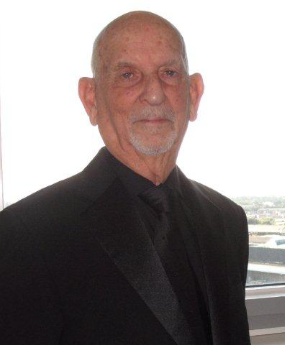 Sadly we are here to mourn my dad’s passing…but I know he would prefer and like us to celebrate his long life.As most of you know he reached the ripe old age of ninety four and a half.

Thank you all for coming today in these very difficult times.

It was a mission to get it arranged for today and then the government tried to stymie us with the change into Tier 4 but we are here and I know my dad would be proud of all the efforts made on his behalf and for the so many kind comments I have received directly.

What most of you do not know about my dad is that he hardly had a day’s illness and luckily never took any prescribed medication.-almost unheard of for a man of his age.Whenever I was asked if he took any medication, including on Wednesday by the paramedics,I always got the same response….wow!

he was one of the world’s real gentlemen

He really was a most gentle man and everyone that met him never had a bad word to say about him…apart from when he fell asleep in their company…something that as most of you know I have inherited as he has passed on to me!

Dad was born in Hackney in 1926, the third son of Alfred and Nellie Levy. He grew up with his brothers Ralph and Sidney and later a. sister Arlene joined them. They were a devoted family throughout the war years when the name was changed to Lee, which I believe was to protect the Jewish heritage when he fought overseas.

He met my late mum Trixie in 1948 and they married in 1952.I came along in 1955 and must have put them off having any more children. As most of you can probably guess I was a bit of a handful, and have not changed much.

They shared their lives together with ups and downs. like many couples. and she certainly ruled the roost but he never complained…..OK sometimes he did say she nagged him too much!

They were delighted when I met Barbara and we always treasured all the time we spent together.I have to thank my lovely wife for always being there for me and being such a great support throughout the very stressful last few days while we were making the arrangements for today.She is my rock and I do not know what I would do without her.

Mum sadly passed away in 2015 and after a short while we decided it was best to have full time live in care for dad.Two years ago when his dementia got worse, an angel appeared by the name of Jenny.She took care of dad and we will forever be in her debt for the way she looked after him.May I add that when Jenny took a well deserved break, we had a. deputy Angel by the name of Refilioe who stepped in and also took good care of him. I would like to thank them both for everything and Jenny for being here today.Sadly Refilioe came on Friday but could not stay until today.

Although my dad was not anyone who stood out in a crowd everyone who met him always said he was one of the world’s real gentlemen.Barbara asked me what I will most miss about him.She really did not need to ask because I will miss everything about him.In my eyes. his kindness and gentleness meant that he did not stand out to everyone but when it mattered, he stood out to me.

I would like to think he has also passed that on to me, mixed in with the character and energy of my mum, which I hope has made a good combination.He was a special person who I loved and cared for very much.

May he now rest in peace, reunited again with my dear mum.

I have a feeling she is nagging him again already!