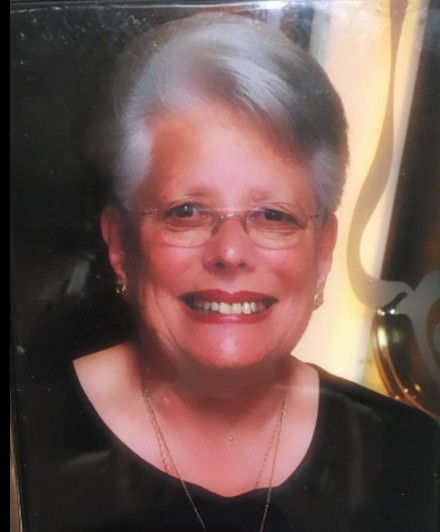 Fay Eileen Gray, was born on 5 March 1934 to Jack and Sabina Hyams in London and spent her early years in Stamford Hill and then Golders Green. At the outbreak of war, aged only 5, Fay and her brother Howard who was six years her senior, were evacuated. Not the countryside of England for them. Sadly they were taken to Southampton by their mother and sent to America for the duration of the conflict. They were separated and Fay’s experience was quite ghastly and she was not fortunate in the placement and experienced abuse within the home. There is no doubt that the forced separation and the conditions she encountered, led to her complex mental illness that dominated many periods in her life.

However, despite that, or perhaps because of that, she was a survivor. She was immensely proud of her Pitman Secretarial Training and well into her 70s would take minutes at residents’ meetings and type them up on her electric typewriter – she was never a silver surfer and categorically refused to progress to computers and her mobile phone proved more of a frustration than an aid to communication.

Fay has life-long friends to whom she was loyal and kind. For example ‘Auntie’ Sheila has been present for almost 70 of Fay’s 85 years and they enjoyed many trips to galleries, theatre shows and even cruises where they managed to share a cabin without either ending up overboard.

People have described her as a ‘lovely lady’ and that was what attracted Michael to her in 1958. Her mother and Golda Loftus plotted a Kalouki run down to Brighton and Fay was commandeered to drive them and Golda invited someone she knew…one Michael Gray, G-R-A-Y. They wandered up and down the esplanade while the older ladies played cards and Fay managed to eat a peach without dribbling on her navy and white top – this was probably the only time that food did not end up on her chest and proved a good omen. Within six weeks they were engaged and married three months later. They had two daughters, Janine in 1960 and Denise three years later. Unfortunately she suffered shocking puerperal psychosis after both births which resulted in long-term admissions and repeated ECT.

Once recovered, she and Michael set about working for charity in their spare time and Fay returned to part-time employment – they had little money but gave of their time and energy to support families with children with learning and physical disabilities through their work with Buckets and Spades and in later years they raised money for the then new North London Hospice. They were married for just short of 45 years and everyone feared that she would not recover from Michael’s death in March 2003. With the love and support of family and friends she did and forged new paths.

Perhaps the most rewarding charity work that Fay undertook after Michael died was with Norwood’s multiple-birth support group. She would go every week to hold, feed and change twins and triplets whilst their mothers – and sometimes fathers – had time to be supported in a group. She was astounding with the little ones and it seemed to help her reconcile the past.

After retiring, Fay joined Michael on stage. They were enthusiastic performers and she grew in confidence having not sung for many years. Viv Bellos’s ‘Singing for Pleasure’ group at Alyth was exactly that and offered many opportunities for Fay to sing.

Fay was a strong and opinionated woman, she read The Mail and quoted it as Gospel and was not the easiest person to have as a mother, especially for her Guardian reading oldest, but despite that she was an amazing support to Denise during her post-natal depressions and became a fabulous grandmother and mother-in-law, whatever Steve might say in jest. After Fay’s sister-in-law, Linda died in the mid 1960s and her brother Howard disappeared, she and Michael tried their best to support her three nieces. Sadly they all pre-deceased her and Karen’s death a few years ago proved a profound loss from which she never fully recovered. There is no doubt that, without my pragmatism and skills and the deep love and care from Denise and her amazing family, Fay would have not lived as long at home as she did. Granddaughter Nicole’s regular sleep-overs and supper makings, grandson Anthony’s phone-calls which Fay relished and Denise’s constant patience and dedication, improved her quality of life no end.

We are so grateful to the individual carers who looked after Fay at home and the professional and warm support she received at Lady Sarah Cohen House. Her last eighteen months were not easy but thankfully she retained some dignity, ate cake last week on her 85th birthday, fighting the nurse for full control of the knife and died quickly on Tuesday without fuss. Zichrona livracha.