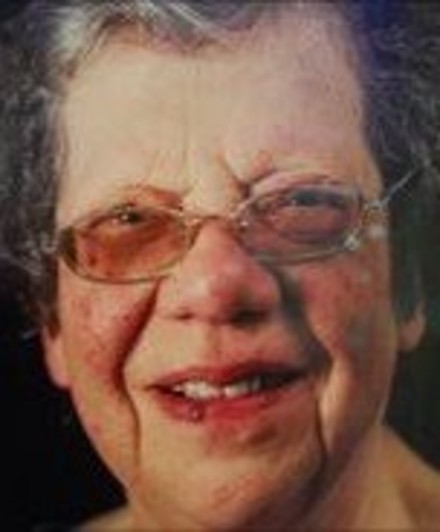 There is a story by the Dubner Maggid which I am sure many of you are familiar with. It is about a King who has the finest diamond in the world but discovers a scratch in it. The story, when told properly, involves many of the world’s finest jewellers trying to polish out the scratch, all unsuccessfully, until one comes along and turns the unsightly scratch into the stem of a beautiful rose.

Eve appeared to live her life unable to see past the scratch on the diamond. The trauma of war and being separated from her family to come to the safety of Uncle Rudi and Auntie Lotte bore a scar that all those years later when she took on Paul’s legacy and started telling her story she still told from the mouth of the little girl who had experienced it. She never intellectualised it, never interpreted it as the adult reflecting back on its context, but always the little girl who knew that was the moment her life’s diamond suffered its unsightly scratch.

Uncle Rudi did amazing things to set Eve up for life and make sure she was able to survive despite how damaged and traumatised she presented to others, but in order to eventually grow into the independent woman he knew she would become, she would need great support.

One thing was to apply for a lifetime pension from the German government and he, and later Peter, were responsible for writing their annual reports to the court of protection as she was seen as unable to be responsible for herself. She wasn’t emancipated from this until she was 60. The scratch in her diamond ran deeper than any of us would have understood.

Yet many of you here are responsible for turning that scratch into the rose she appeared to see as she lightened and mellowed these last few years.

The first petal was created by those at Lingfield House, a children’s home established as part of a Home Office scheme to care for some of the children who had been liberated from Nazi concentration camps. Despite the love and opportunities Eve had been given by coming to live with her aunt, uncle and cousins, despite the new life at boarding school in Hove, Eve could only see what she didn’t have. It didn’t matter who visited her at boarding school and the care packages they sent all Eve knew was that others were being visited by their parents and hers had been so brutally murdered. At Lingfield House she was surrounded by other children who told similar stories, had suffered a similar fate and the friendships established there and the support she received is our first glimpse that this scratch could be a unifying force.

It isn’t surprising that West London Synagogue provided another petal. In Rabbi Hugo Gryn, Eve could see that even with the scratch in the diamond one could find strength in community, ritual and Judaism and found a theology that could be maintained despite the horrors experienced.

The wonderful Rabbi Jackie Tabick provided the pastoral care allowing Eve to know that, in community, she could feel loved and valued. I hope that same sense of being loved and valued added a new petal all those years later when Eve came to FRS.

The community treasured Eve like a fragile artefact from our shared past. Louise Heilbron worked with her, mentored her and showed her such love and compassion building her confidence to be able to speak at our annual National Holocaust Memorial sessions for local schools and then branch out further afield, where she realised she could add her voice to those of her brothers Rudi and Paul. Brothers she had put on such high pedestals, admired so much and clearly felt she owed it to Paul after his death to carry on his legacy. For many of us there will be an empty seat in our services for many years to come. I loved sitting with Eve, piecing together her stories and hearing about the most important petals on her flower – her incredible, extended family.

For it was Eve’s family who enabled her to see her scratch was really a beautiful flower. It isn’t often that the person who never married and had no children of her own is the person who UCH bemoan as having too many relatives phoning to enquire of her wellbeing. Eve’s family however have added the colour to the intricate patchwork quilt that was her life. Usual family titles and labels simply didn’t translate for the 22 patchwork quilts she so lovingly made at the birth of each of the newest members of the family; they were nothing less than grandchildren to Eve regardless of having no children of her own.

I sat with the family on Friday afternoon to talk about Eve’s life and to prepare for today. No more appropriate a scene could there have been as we sat at the table in Daniel and Harriet’s kitchen as they were peeling vegetables and making Friday night dinner behind me. That was the moment Eve treasured. The moments where her family were together: be it Shabbat dinner, Seders or simchas. Each one of them reminded her again and again not to hand Hitler a posthumous victory but to turn the horrific scratch in the diamond into the beautiful rose which really was the much longer part of Eve’s life. It is Eve’s family that gave her life a sense of purpose and gave her a role in life. The birthday cards, the pre-Shabbat calls, even the trips to the theatre were the moments she felt alive and surrounded by love.

It was her family connections that saved her from the clutches of the Nazis and her family that kept her buoyant for the next 70 years holding her right up until her last breath at the hospice. There was definitely a significant scratch in the diamond, it was truly damaged but I know she left this world able to see the beautiful rose you turned it into for her.