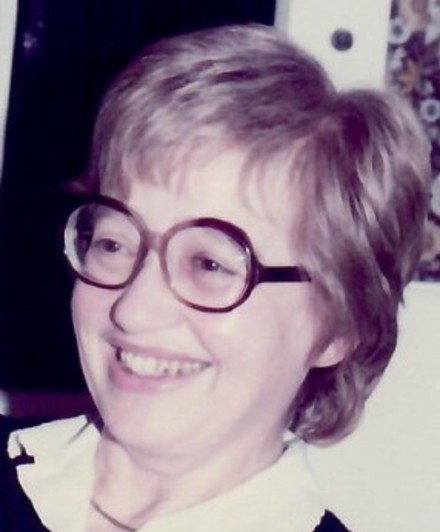 I was very honoured and touched that Nicola asked me to speak about her mother, but it is very hard as well.I liked Edith a lot, and when Nicola spoke to me about her, and began with the observation that she had touched people’s lives in many ways,I could confirm that.

She did touch people-Nicola’s friends, colleagues, people with whom she shared causes. And, the age of the people did not matter. Young, old, peers, anyone could be a friend.She would engage with people, and position did not matter. She had a rare gift, this acceptance of each person she came across, her ability to be open and involved with people. I had some meals with the family. No invitation was given to be with Nicola alone, and we three, occasionally four, would sit and talk for hours.Edith was a great talker. Eventually,  Nicola and I would excuse ourselves to go to the lounge to exchange our secrets.

I also attended parties at the house, parties of which Edith was also a part. One sticks in mind.Everyone was inside, eating, talking, wandering about. Outside, in the garden, a friend of Nicola’s and Edith sat, engaged in earnest conversation, for virtually all of the afternoon. I remember being delighted at the degree to which a mother of a friend could also become a friend of that friend.It may have been hard for Julian and Nicola sometimes to have had such a presence in the house, but it was a pleasure for us friends.

most concerned with the things of life – Greenpeace, CND, her expertise and commitment to the Playgroup movement and early childhood education

I met her mother on another occasion as well-at a CND march.Edith was a woman of involvement, not only with people, but with life and the causes which were most hopeful, most concerned with the things of life – Greenpeace, CND, her expertise and commitment to the Playgroup movement and early childhood education.She often spoke of her work, showed her books, and if I on a casual basis learned from her, I am sure that those whom she taught must have found her fascinating.

Nicola talked of this in the context of religion.She said her mother did not have much time for rituals and conventions, and then went on to discuss these involvements of hers.Such love and passion for the earth, for living creatures, for young children, shows an intense spiritual concern. When they spoke recently about God and prayer, she told them that she was  ” not an unbeliever”, and that in fact she did recite the Shema regularly.

So much about her is so impressive because this comes despite a tragic background. Her time in the camps, being widowed after eleven years of marriage and having to raise two small kids on her own. She was a private person, and about some aspects of her life she rarely spoke. Yet she herself would say that all in all her life was not so bad, was quite a good life really.

On dying, she was as much herself as in her active life.She tried to be independent, to do without help for as long as possible, did not want the fuss. It showed her stubborn side, her ferocious independence, things which could make her difficult, but which also must have enabled her to survive what was handed to her. Her children said that she would avoid some things until she no longer could, and then look them straight in the eye. So it was with her death.When she needed to, she calmly and rationally sorted out her affairs and put her things in order. She died with courage.

Nicola, Julian,I know that given the state she was in towards the end, you are glad she is at peace. I also know you have things to sort out in your minds. But she was a special lady, and your friends are here, sharing your sorrow and ready to listen.

Hesped Team: Edith’s daughter Nicola, who has contributed this eulogy to the collection, says it is likely her mother was born in 1926 or 1927 (and not 1929 as stated in all her official records, and above). Whilst in the Feldafing Displaced Person camp in Bavaria,Edith’s older sisters who had survived Auschwitz and Allendorf with her,  heard about the possibility of a Kindertransport to England for youngsters under sixteen years of age, and went to enquire for Edith. It seems likely that a benevolent clerk altered Edith’s papers so that she would be eligible. Edith arrived in England around May 1945.