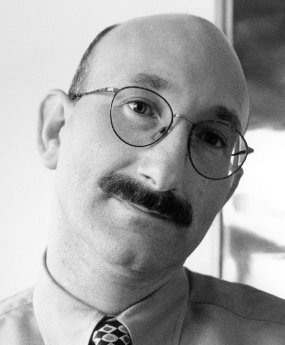 ‘Don’t you want to know everything!?’ This was David in the 1980s at one of his annual (or was it biannual or triannual) parties at Greencroft Gardens (seeing how many people can fit into a one bedroom flat in West Hampstead without getting overly intimate). The disappointment in his voice at my lack of intellectual curiosity (‘Don’t you want to know everything!?’), has stayed with me as an inspiration and a challenge for over three decades. It is his memorable, facile, nuanced (oddly rhythmical) voice (the magical conduit for his passionate intellect and his wicked, twinkling, astringent humour) that has, in the words of Daniel Eilon, ‘inspired all of us who encountered David to be more curious, more thoughtful, and more questioning’.

he was simply and purely a force of nature led by his intellect, his wide and varied passionate interests, and his endless curiosity

The Greencroft Gardens parties (the first of a series of parties that David hosted at regular intervals throughout his lifetime) were made up mainly of his Cambridge undergraduate friends from the late 1970s. Many of them have been a constant presence in David’s life and Jonathan, who buried his old friend on Wednesday, was there with him in the early months at Cambridge when David, for a short while, was known by some as Dov (a hangover from his gap year on a Kibbutz). Out of this generation of Cambridge graduates—Cesarani, Breakell, Hochauser, Feldman, Goldman, Herman, Draper, Schleger, Shaps, Eilon, Wittenberg— there were a number of renowned historians (although, I should say, this group are all renowned in their different ways). But why some, like David, chose to write their doctorates on Jewish history, the first professional Jewish historians in the UK, from Cambridge of all places, was met, David told me, with nothing less than disbelief.

I was a newbie at these West Hampstead parties, an outsider who spoke with other outsiders so that we could, over the years, gradually become insiders or, at the very least, insider/outsiders. David loved the 1983 Lawrence Kasdan film The Big Chill about a group of university graduates who are brought together for a weekend by the death and funeral of one of their beloved compatriots. This film obviously has a much darker resonance today (I certainly couldn’t bear to watch it now), but it was fun at the time working out who in the The Big Chill could be considered to be the equivalents of David’s Cambridge friends. I was, inevitably, the group’s irritating outsider, the Jeff Goldblum character.

And I am still a newbie today. Unlike his undergraduate friends, I first knew David as a postgraduate; he was working on an entirely new way of conceiving of Anglo-Zionism (which revolutionised the field) and I was working on a new way of conceiving British anti-Semitism. Along with David Feldman at Cambridge and Tony Kushner (at Sheffield with myself) and a host of other third generation Anglo-Jews….Anne Kershen, Rickie Burman, Mark Levene….professional Jewish studies came to our shores (via some notable American presences Arthur Hertzberg, Steve Zipperstein, David Sorkin and a few select figures in Israel) along with the work of home-grown exceptions (such as Bill Fishman and Bill Williams) and, of course, Chimen Abramsky. Perhaps it was the growth of multi-culturalism in the 1980s (although we didn’t quite know it at the time); perhaps it was the fact that as undergraduates we encountered and fought the attempt to ban university Jewish societies; whatever the reason (and it is still unclear) David played a leading part of this new generation who were no longer assimilated; who no longer kept their heads down as Jews.

We were the ‘young Turks’ (as we were called). ‘Did you think you were storming the winter palace?’ as the great Jonathan Frankel once asked us at a London conference as we were rather too bolshie in rejecting the conventional way of doing Anglo-Jewish history. David’s collection, The Making of Modern Anglo-Jewry summed up this early work of critique but it would have been completely out of character for him to follow a party line as Bernard Wasserstein noted in the Jewish Chronicle. There was only one ‘punk Zionist’ as he was known in his Union of Jewish Students days (Hannah tells me that David was still the master of the pogo dance at their time together recently at the Latitude music festival); and Daniel explains to me that punk Zionism was merely David’s way of yoking together memorably two completely distinct interests of his at the time (which was, of course, what he often did). But he was a leader. He led the critique of the awful 1987 play ‘Perdition’ (an attempt to popularise Nazi/Zionist equivalence at the Royal Court; the first of many cause célèbres in his life). David’s boundless, unstoppable energy, his abundant talents, meant that, from the beginning, he was the public face of this new generation.

At his core was a kind of innocence

A sea-change took place after he left Leeds for London for his first job as a lecturer at Queen Mary College. First of all he was made the researcher in the late 1980s early 1990s of the Parliamentary War Crimes Group which examined allegations that the UK sheltered war criminals after 1945. David’s book Justice Delayed came out of this work with, crucially, the history of Nazism becoming an increasingly prominent (but not exclusive) part of his intellectual landscape leading to his directorship at the Wiener Library and his later prize-winning book on Eichmann as well as his path-breaking scholarship on the Holocaust. But, most importantly of all, when working for the war-crimes group he fell in love with Dawn Waterman (universally acknowledged as the best thing that has happened to him) who subtly and skilfully helped to transform David from ‘young Turk’ to all-round mensch smoothing away many of the rough edges (with David laughingly yearning for his supposed halcyon days of Greencroft Gardens in, as Lawrence Goldman rightly noted, his mordant Woody-Allenish way). It was Dawn, followed by Daniel and Hannah, who helped to make David the man he was to become, the man who became a mensch who has attracted so much love from far and wide. And, as Daniel Eilon has reminded us, it is Dawn, Daniel and Hannah who should now be our first priority when it comes to our continued love and support.

I have so much more left to say and I am only too aware that many of us here would tell slightly different but no less loving stories. I will end with just two observations. First, we should remember that David hated any form of hagiography…. just read his Koestler biography if you don’t believe me. After all, when we first started out we were reacting as much as anything else to conventional hagiography (of the ‘Jewish contribution to European civilisation’ variety). How can decades of friendship all be smooth sailing? And how, above all, can we separate out the public and private David (after all, as my wife Susan reminded me, he did come on our second date to check her out)? I reckon in thirty five years we didn’t talk for about six months …. passions of all kinds, but only when we were young, ran high; everything mattered; everything was debated, argued over, dismantled, and put together again in our own image. We were, after all, ‘young Turks’. But the really lovely thing about David is that, as his American friends put it, there was no side to him. At his core was a kind of innocence and I believe that it was this innocence, as much as anything else, that we loved about him. He didn’t have an agenda, he didn’t play games, he was simply and purely a force of nature led by his intellect, his wide and varied passionate interests, and his endless curiosity which was why he had the remarkable ability to make every second count.

I have to confess, to my abiding shame, that in decades of playing badminton with David (every Monday evening—he was a man of routines above all else) I did not let David win a match. As he rushed about the court covering every single inch of it, I put the shuttlecock to the left, to the right, to the back, and to the front. To be sure, our conversation was much more important than the game. But I came to regard our weekly games of badminton as a metaphor for our differences. He covered every inch of space with verve, dynamism and resilience; I was the mere tactical specialist playing a few key shots like all academic specialists… knowing more and more about less and less. And that was the difference between us; he aspired to know everything and change as much as he could and he succeeded in this latter task whether it be war crimes legislation; the Imperial War Museum’s permanent exhibitions; Holocaust Education; speeding up the claims of survivors; and, his lasting legacy, the planned Holocaust commemoration and educational facility in central London. He was, as we all know, a public intellectual which means that his boundless talents were not merely confined to the academy.

That is the problem with institutions. David enriched all of our lives, fortunate enough to know him, or be taught by him, beyond measure. Institutions, not least universities, like to measure things; turning what we do into metrics. Like everyone here we had hoped for nothing more than the mixed pleasures of growing old together and watching our friends and families move to the next stage of life. Instead, for David, the next stage of life will be his ironic (one hopes) transformation into an institution (I can hear his belly laugh now). Lectures will be named after him; conferences will take place in his name, his book launches will happen without him, and memorials will be proposed. But, as David Herman said to me, there are worse fates than to be transformed into an institution. Such a transformation (however ironic for such a mercurial intellectual) will only be a blessing if it offers some comfort to Dawn, Daniel and Hannah. That is all that matters. I wish the three of you long life.