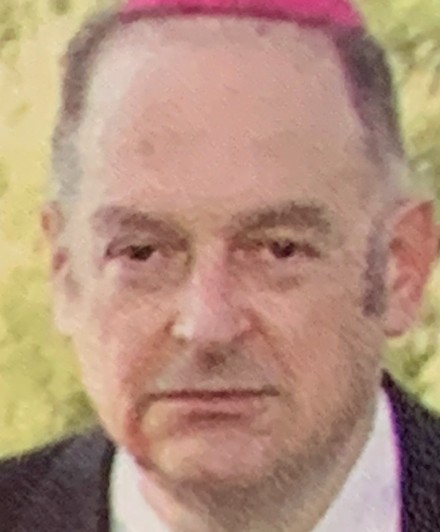 Charles was born on January 15th, 1945 in Finchley and I came along two and a quarter years later.

We grew up in what was then the vibrant Jewish community of Willesden and became very involved in the Federation Ohel Shem congregation led by Rabbi Lapian.

Both Charles and I attended cubs and scouts together – the famous 27th Willesden led by Pip Appleby and Bernie Silver. We were also members of Jewish Youth Study Groups- Charles was a member of the national executive and coincidentally I received a condolence email yesterday from someone who, and I quote, “remembered him from Study Group as a very clever, serious young man who was a prominent and involved member of all the camps”.

Charles attended Haberdashers Preparatory and Main School where he was a contemporary of both Sir Simon Schama and Sir Martin Sorrell, remaining friendly with them for many years. He attended Manchester University where he gained a law degree followed by a master’s degree at The London School of Economics.

Charles initially trained as a solicitor where he struck up a friendship with fellow solicitor Brian Harris. They remained lifelong friends and I want to thank Brian, who is here today, for all the support he gave Charles throughout his life.

Charles then became a law lecturer and published several books the most well-known being a BBC publication “Issues of Law” which was linked into a television programme.

Charles had a forensic knowledge of the law and an amazing memory for legal cases. He was an inspiring teacher, determined that his students should not just know the law but understand it as well. Even in the last few weeks of his life he was taking an interest in the legal issues of the day.

He moved from teaching into the civil service where he was head of litigation in what was then the Department of Health and Social Security. He advised the government on several high-profile cases.

Charles was a passionate advocate for social justice and had a particular interest in immigration. He became a part-time immigration judge and he gave many hours to the local Citizens Advice Bureau in Chiswick. He also advised charities on legal issues and until a year ago he was a trustee of the Slough Immigration Aid Unit. He wrote several articles for political and academic journals on this subject.

Charles met his partner, Alison , some 43 years ago and they enjoyed a long and happy relationship and in particular relished travelling together overseas and birdwatching trips. One of Charles great loves was plane spotting and when we were teenagers, I frequently accompanied him to the Farnborough Air Show. Alison reminded me recently that she had not expected to spend her first holidays with Charles standing at the end of foreign air strips with binoculars watching flights coming and going – an activity these days that would more than likely result in them being arrested for terrorism!

clever, generous, kind, good company and above all a very good friend to so many

When Charles received his devastating Multiple Sclerosis diagnosis some 15 years ago Alison was his support and lifeline. Alison, your strength during all these years has been truly remarkable. You have been there for him every moment and have tirelessly shown your love and devotion, ensuring Charles always had the best care available. Even though this meant that you had to travel great distances almost daily to visit him, you always put Charles’ welfare above your own. I will forever be grateful that he met you.

Charles was clever, generous, kind, good company and above all a very good friend to so many.

It is most comforting to have received so many emails at a time when social distancing is keeping us physically apart. Alison and I have been overwhelmed by these wonderful messages that reflect the respect and love people had for him.

Some examples of these messages and I quote “we admired his fine mind. His courage and patience were an inspiration to us.”

“ His essential self, remained; regardless of all that he had to endure and he never really changed , a very kind person always interested in what others were doing and thinking about.”

“Above all he was stoical to the end”

Not once in these past very difficult years for Charles did he ever complain. He bore his illness with dignity and great courage. He was always delighted to see people and was far more interested in others than himself. As Alison pointed out to me many carers in both care homes he lived in also really liked him because he chatted with them and always asked about their lives.

We will all cherish our memories of him, and I would like to end with a little poem:

Those we love don’t go away

They walk beside us every day

Unseen, unheard but always near