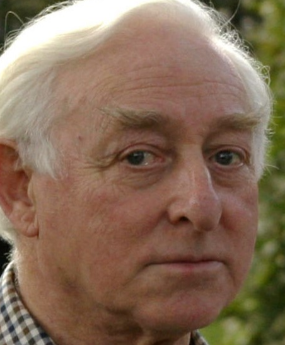 Dad was a kind, gentle and loving father, grandfather, son, relative and friend to many. He was tolerant, joyful and helpful. He had lots of adventures and pushed the limits.

He was born in Oldham (Manchester) to father David, a sweatshop schmeerer (Yiddish for a “spreader” of rubber to the inside of waterproof macs or raincoats) and mother Milly, who later had a Haberdashery in Moss Side, Manchester. Milly suffered the consequences of a difficult birth for months and Dad always felt that her love for him was affected by this.

Several years ago Dad told us about his childhood adventures. He felt that he was an average student at school. During lesson time he used to travel the subterranean world of the school under the floors and listen in on all that was going on in the different classes.

During the war he was evacuated to Blackpool and enjoyed his many experiences there, in contrast perhaps to home life.

Dad went to Art School in Manchester to study Architecture. His dissertation was a comprehensive study and cataloguing of the arcades of Europe, taking in travels including to Italy. He was pleased that decades later the dissertation was cited in an authoritative tome on arcades produced by a German academic.

Dad met my late mother Marie from Sunderland in London in the early 1950s and would visit her most weekends by train from Preston, where he was living and working in his first role as an architect. They married in Leeds, halfway between Sunderland and Manchester and by then lived together in Preston. They honeymooned in Italy.

They decided to go to live in the United States for a couple of years, working first in Boston where they had family and friends, San Francisco, then New York. They took the Lambretta, then bought a VW Beetle in which they toured America. The Beetle was a curiosity for the Americans.

Many Mancunians know of Dad’s house

Dad’s interest in modernism, specifically architecture and modern design, took them to places of interest, including Denmark. They acquired various household items from the genre. Dad was focussed on aesthetics, order and place.

Dad had his own private architectural practice in Manchester where they settled on their return from the States. He designed shops, offices, industrial and residential buildings, and a couple of synagogues. He was proud that because of his work he was invited to travel to Israel and have a site visit up the heights of Tel Aviv’s first high rise, the Shalom Tower, before it was completed.

Dad had lots of planning ideas and projects over the years. In the North West it was for “Ribble City” – to reclaim the land of the Ribble Estuary between Southport and Blackpool, featured in a Brian Redhead BBC broadcast.

Looking to build his own home, Dad studied Ordnance Survey maps of Manchester. On one of the grandest avenues, Old Broadway near Didsbury in south Manchester, Dad spotted what appeared to be an unbuilt plot. Mrs Dixon’s garden extended along the frontage of the street to the boundary with Fog Lane Park. He called on her and made a proposal, to which she agreed, so long as he set his home back from hers. It was a special modern late-Sixties design with wooden flooring, open-plan spaces and a distinctive roofline. Many Mancunians know of Dad’s house. We were proud that Tommy Docherty, then the manager of Manchester United Football Club, came to view the house when we moved to London in 1973.

Dad had ambition for his projects and career and decided that the best place to be was in London. We lived in Belsize Park, a great location where he became involved with a small community of local Jewish people who were establishing a local synagogue, the Hampstead Reform Jewish Community, latterly known as Shir Hayim. Dad had hosted end of Sabbath Havdalah prayers at our home in Old Broadway and later, when living in Muswell Hill in London, organised and on rotation hosted successful home-based Chavurah Friday evening Sabbath bring-and-share meals for North London Jewish singles.

On leaving Manchester, Dad had decided that he wanted to be a planner and have a better impact on people’s lives through the planning and development system. He worked for the London boroughs of Lewisham and Hackney. He became focussed on the idea of decentralisation of services to the local “community” level, a theme that remains current today. He applied the principles in a variety of contexts, with traditional planning, public service provision and generally through the provision of all kinds of services at the “neighbourhood level”. He found inspiration from his learning at this time from the classic geographers such as Chrystaller and his Central Place Theory, with its hierarchy of high, medium and low order functions and activities.

He was persistent, convinced and made the pitch with well-researched and presented cases for change

In the early 1980s, when the M25 orbital motorway for London was being planned, Dad saw the economic development and regeneration potential of rerouting the motorway from the proposed North East London quadrant to the south from Hertfordshire down the Lea Valley to Hackney then East along the Thames estuary to Essex. He had the ear of Mrs Thatcher and was pleased that at an event, I spotted a local BBC TV journalist and tipped him off to pitch the idea for a report which duly arose. We had fun times trawling and lobbying parliamentarians together, attending Select Committee Hearings and Parliamentary Debates, joining the community anti-motorway pressure groups who saw Dad’s scheme, routed through low-density residential and mainly industrial urban areas, as avoiding the negative impacts of rural motorway development and creating economic, thus social value for inner Londoners. He engendered in me my interest in regeneration and economic development, all drawn initially for us both by the writings of the people and community-focussed American planner, Jane Jacobs. Dad became interested in geographical and economic theory, taking in the likes of the esteemed British Marxist Geographer, the late Doreen Massey, whose writings I had introduced him to.

All kinds of political and community-based ideas arose from Dad’s “thinking”. He saw in his ideas  benefits for organisations and world events alike. He was persistent, convinced and made the pitch with well-researched and presented cases for change. It became an all-encompassing life project. He wanted to do good where he thought he could.

He valued diversity and had friends from all walks of life

I realised latterly that Dad had challenges over his lifetime which explains a lot about his life and frustrations, also the responses he had. Whilst I had tried to remain patient with Dad, I immediately connected with this thought and was able to engage more successfully with or better manage my relationship with him.

Dad always strove to provide for us and make us happy. Lots of European camping holidays in the VW Campers, places to see and visit and experiences to be had. Day trips out of London.

He valued diversity and had friends from all walks of life. He loved Indian food, Jamaican and other melodic contemporary music including Grace Jones and took me to the Rainbow in Finsbury Park to see Culture  at a reggae gig on my birthday, dancing the evening away with the whole audience. He even tried to smoke a joint.

Dad went out of his way to help family and friends. Whether it was advising on the layout of a new kitchen, assisting during a personal crisis or just to be there for someone.

Dad always kept an eye out for Mum

Dad paid particular attention to my mother Marie after their separation and divorce. She was vulnerable to depression, also latterly mania. He helped find her a new home after moving from Belsize Park, around the corner from his in North London’s Muswell Hill ,and made improvements to the flat before she moved in. They remained tender towards each other and Dad always kept an eye out for Mum. They saw each other more than we really realised and discreetly he let us know of any concerns he had about her and her well-being. They always loved each other.

Dad was the greatest grandfather. He was with us for most Friday dinners and paid deep loving emotional and intellectual attention to our daughters Leah and Hannah. He was very happy in our home and garden. He was always there if we asked him for assistance and he was the kindest and most loving of father-in-laws.