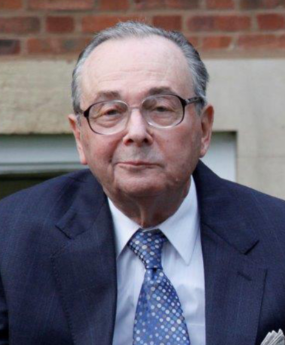 Freddy, grew up in torrid times in Nazi Germany. He was an only child but was surrounded by many cousins, aunts and uncles as his father was one of eight children.

His father, a tanner and leather merchant, was President of the small Orthodox Synagogue in Montabaur. Freddy described himself, even at the age of 12 years old, as the shammes of the congregation, taking responsibility for opening up the building, putting away the books and assisting during services where needed. This was an important role as the community was shrinking rapidly due to the rise of the Nazis. Their oppressive regime and imposition of the harsh Nuremberg Laws severely affected life and by 1938 many relatives and friends that had the financial wherewithal and connections had made arrangements to leave Germany.

Despite the enormous difficulties of living as Jews in Nazi Germany, Freddy had a relatively happy childhood, enjoying a close relationship with his mother who was a wonderful baker and homemaker. She doted on him and always sought to protect him from his rather more austere father.

Freddy was technically quite adept, and he also enjoyed practical jokes. On one occasion he experimented with his father’s only business typewriter, dismantling the major components to see how it worked. After re-assembly he discovered that he had far too many screws left over!

Happy times gradually faded away and ordinary life became extraordinarily difficult for Jews due to the strict implementation of the Nuremberg Laws. Amongst Freddy’s last recollections at home in Montabaur were of his Barmitzvah in June 1938. The Jewish children were no longer permitted to attend school and Freddy was sent to a Jewish boarding school in Bad Nauheim. On Kristallnacht, the boarding school was set alight (because it housed a small synagogue) and the children were rounded up and marched towards the police station. Freddy feared for his life and it was his momentary decision to slip out of a line of children into a narrow dark alley that probably saved his life. Freddy was eventually able to locate his family at his grandparents’ home in Herborn. His father had been taken to Buchenwald Concentration Camp on Kristallnacht, beaten and coerced into selling the family home and leather business. The future for the family looked extremely bleak.

A few months later, in March 1939 he was put on a train which brought him to England with the Kindertransport.

Although Freddy grew up in a strictly orthodox Jewish home, he was forced to make difficult decisions when he first arrived in England. A few months after arriving he was offered accommodation by his father’s cousin, Ernest Stern and his wife, Margaret, who themselves had escaped Nazi Germany some years earlier. They were members of a Reform synagogue and didn’t keep a strictly kosher home. He was most fortunate indeed to be given a stable and loving home environment with relatives who performed the greatest mitzvah (good deed) by giving him love and support at his moment of great need.A few years later, he was informed by the Red Cross that his parents, grandparents and all his immediate family had perished.

After the war, Freddy was working as a plastics technologist for ICI when a charming and attractive Swiss girl, Gaby, came to visit the Stern family. A romance progressed and the couple were married in Geneva in March 1952, moving to Newcastle upon Tyne to begin their married life. Freddy had accepted a significant promotion, eventually taking charge of two research and development laboratories at Commercial Plastics in North Shields.

Some years later, Freddy had ambitions of setting out on his own. He saw an opportunity in the manufacture of reconstituted foam. In 1962 he set up General Foam Products in North Shields which grew to a business occupying 150,000 sq.ft. of factory space and employing over 300 staff, supplying the major UK car companies, the furniture, packaging, sports and footwear industries.

Freddy possessed a creative mind, he loved solving problems and had numerous patents to his name. He developed techniques for moulding products and using high pressure to generate stronger, firmer and more resilient and complex shapes. These products enabled his business to become a preferred supplier to almost all the British motor manufacturers and also Marks & Spencer whose platform soles were made of Freddy’s high density reconstituted foam in the late 1960s and 1970s fashion trend.

On Sundays, Freddy would love doing DIY at home. He also loved making things in leather, a throwback to being the son of a tanner.

In 1968, Freddy was asked by Koor Industries, one of Israel’s largest companies at that time, for assistance in establishing a foam manufacturing process in Caesarea, Israel. He jumped at this opportunity of helping the Jewish state and spent several weeks in Israel overseeing that project. Freddy was always defiantly supportive of Israel and he resolutely refused to sign certain business contracts where boycott clauses were included. These were prevalent in the 1970s, encouraged by the Arab boycott of the state of Israel.

Unfortunately, the 3-day week and the oil crisis, together with major industrial unrest and prolonged strikes throughout the 1970s, damaged Freddy’s business which ultimately ceased trading at the end of 1981.

Freddy doted on his immediate family

He went on to co-found a new business jointly, with his daughter and son, in the manufacture and supply of sealants and adhesives for construction and related industries. Throughout his life, Freddy doted on his immediate family. He was very happily married for a few days short of 60 years. Gaby was the love of his life and the person who really understood him. There is no doubt that he suffered complex mental health issues arising from his dreadful childhood experiences. Gaby was his conduit with the outside world and the person who truly lifted his spirits and dragged him out of the house to be sociable.

Gaby’s sudden death in 2012 was a devastating blow after which he became totally reclusive despite the family’s best efforts.

Freddy’s life was sadly defined by his awful childhood experiences. He would never have agreed that he was depressed. But he could somehow never let go of this very heavy load and take full pleasure in the many happy and enjoyable things in his life.

Freddy’s legacy to the family was that despite the calamitous events affecting him so early in his life, he soldiered on with great resilience and determination. He was hard working, industrious, creative, loving and truly appreciative of all those who touched his life in a positive way.